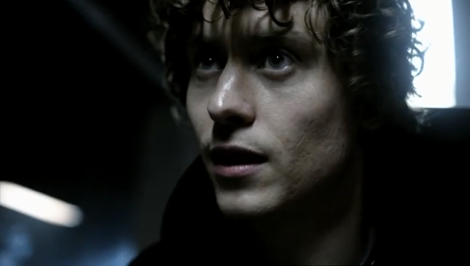 Some of you may know Michael Winder as the new guy on Misfits, while others may remember him from the short, Lowland Fell with Robert Sheehan, but there’s more to him than meets the eye. Read the interview below to find out more about this mysterious actor.

Who or what made you decide to start acting?

From an early age I enjoyed reading plays and I liked the idea of bringing the characters to life, but growing up on a farm in northern-England and becoming an actor just did not seem possible.
Luckily I changed school at 16 and they encouraged you to pursue what you were interested in. That’s when becoming an actor really became an option. Thankfully I had parents that supported this crazy idea.

Since you said you liked the idea of bringing characters to life when you were younger. Did you ever create a character in your head and act like that character for a day?

(Laughs) Yeah, but that’s the great thing about being young, isn’t it, your imagination isn’t limited! I liked the idea of creating these living breathing people from text on a page.
You can literally become anyone or anything you dream up, and people have been telling stories like that for thousands of years. That’s what I love about acting, being able to create a story, a world, out of nothing.

What was your first role like? Was it a play, show, short, etc?

My first professional job was while I was studying in Dublin. It was a small part in The Abbey which is the National Theatre of Ireland. Working in a theatre and seeing how it all came together was an incredibly rich learning experience and taught me loads. How to get half-naked in front of 500 people was just one of those things……..

Sam is a pretty mysterious and shy character in Misfits, would you say that you are like your character?

How is it to be on the set of Misfits?

Getting to work with such a talented and creative cast and crew was an incredible experience and it’s hard to think of as being a job as it was so much fun. Although, you need to joke to normalise the often bonkers situations you find yourself in; Hanging on a wire in your boxer shorts, being dry-humped by a guy you’ve just been chatting about Breaking Bad with, is pretty unusual….

Any future projects you could tell us about?

I’m about to head to Ireland to do a theatre show and there are a couple more TV/film gigs coming up in the new year. The uncertainty of work can be unnerving but I also find it incredibly exciting not knowing where the next job will take you.

If you could be part of any cast, which cast would that be?

Who would you like to star alongside and why?

This is a tough one, I don’t think I can choose just one name! I find characters who have flaws the most interesting so I love actors who play quirky and often un-likeable characters and yet still make them compelling to watch. Steve Buscemi is one person who has turned this into an art-form. But I really can’t chose just one person!

Since Misfits is about people with incredible superpowers and some not so incredible powers, what superpower would you want and why?

I guess the toss-up is between something really incredible or something practically useful. The power of flight would be amazing, but something I’d probably get more use out of would be the ability to learn lines really fast. And then not forget them.

Lastly, do you have any tricks and tips for aspiring actors and actresses?

I’m still finding it out myself!
Make sure you’re doing it because you want to act though, no other reason. You’ll go through a lot of rejection and be almost permanently poor, but if you love what you are doing you’ll be alright.
And be prepared to make a fool of yourself!