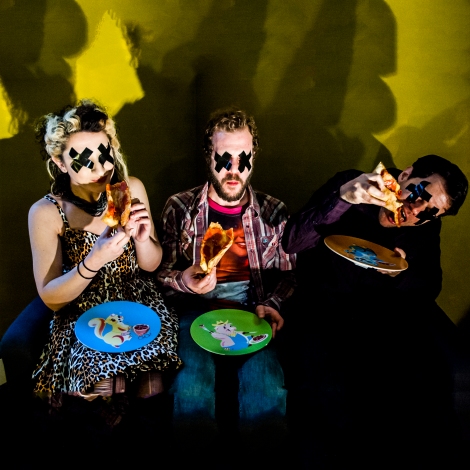 Terry Malts – “I Was Not There”

We played with these guys two years ago in Chicago and I’ve been a huge fan ever since. I am particularly in love with the raw energy of the drums and the guitar tone on this song.

After a lifetime of listening to music, I’ve found that this is probably the best song ever written.

Just got into these guys recently. I really love how this song never looks back. It’s always moving forward.
Lost Boy ? – “USA”
This is a bit of an older single from a band that we love. They’re playing our record release show with us at Radio Bushwick on June 7.
Wire – “12 X U”
Duh. Can’t go wrong with Wire.
The Wheelers – “Tarantino”
The Wheelers are our longtime buds and this song eats the fuck out of faces.
Kim Deal – “The Root”

She’s always been the best and this new track proves that she’s still got it!

“Bright Light” was extremely influential to me as an artist. The guitar work on this song still affects me the same as it did when I was when I was a teenager.

I will go to my grave believing that this song contains the absolute best guitar solo ever to be recorded by man.

Love – “Seven and Seven Is”
No song from the 1960’s transcends time like this one does. Arthur Lee was a fucking genius.