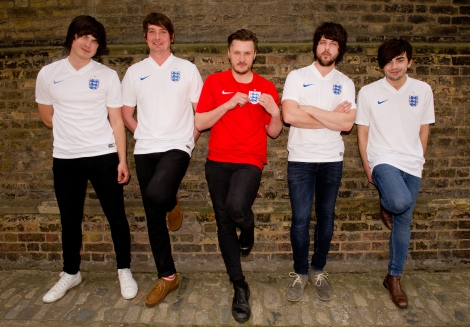 Since we last checked in with Dexters, they had released their album ‘Shimmer Gold’, and they have been up to a lot. The 5-piece from London has lined up multiple festival shows, along with their own tour, and is showing their national pride for the World Cup with their very own song.

I had a feeling Dexters would be going far, and it looks like they are just about to take off.

Dexters recently released their song “I’ll Never Find Another You” Which The Sun (Very large English newspaper) is calling England’s World Cup Anthem.
Listen to the song below!

Dexters also announced that they will be the lead support for the Kaiser Chiefs at this years British Grand Prix, the 50th to be held at the famous Silverstone track. The 12,000 capacity venue, will mark the bands biggest live show to date on July 3rd.

Dexters will also be touring around Britain playing their own headlining shows, and at many festivals.