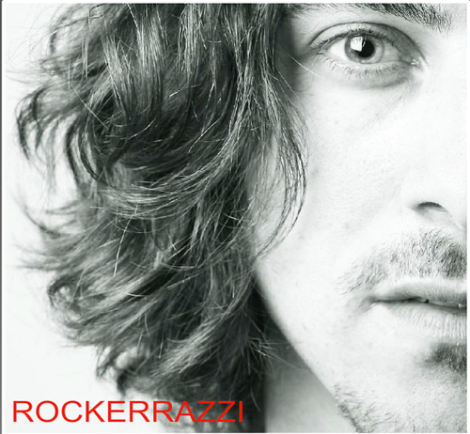 Finding media that is compelling, emotive and provocative can be really inspiring, and when the subject matter is relevant and hits home, there is no better feeling of discovery! This happened to me when my young son found a ‘Young Ronaldo’ video on You Tube! Seeing the joy on his face, then the immediate impact the video had on him was quite overwhelming… Discovering the video also gave me a new music interest. Although Jared is a music producer/director predominantly, he also has an amazing ability to write a fantastic and uplifting song.

The tune that accompanies the aforementioned video is called “Start Over Again” and features lyrics such as “hold me ’til I die, then bring me back to life” and references to the “promised land” and “coat of many colours”, relaying many metaphors connected to picking yourself back up and ‘getting on with it’! I love the song and video, of course, and was excited to find out more about this footballer, turned interviewer, come music producer and director, who has worked with many huge artists such as Mumford and Sons, Florence and the Machine, Duran Duran, Dave Grohl and Snoop Dog to name but a few!

Read some wise words from an indie musician himself, then read his hints on producing a video on limited budget!  This man has it all!

Where does the name ROCKERRAZZI come from? I love the strap line “the most compelling visual content for bands and brands”!  What’s your next project?

ROCKERRAZZI came about from living in Beverly Hills (Yes there are apartments in Beverly Hills!) and my wife and I would go on walks at night through our neighbourhood and see the paparazzi waiting out front of the restaurants to attack the celebs eating inside. I got to know many of them and watch their interaction with these A-lister’s and found that their techniques were often unsuccessful and usually ended up annoying the people they are trying to interact with. So one day at the gym I kept thinking about the paparazzi and how bad of an approach they had been taking and thought what if they asked the celebs about music. Would that be a more interesting way to get them to stick around and talk? This, of course, led me to the idea that maybe I could do the job better and right then and there the name came to me. “ROCKERRAZZI”. Half ‘rock n roll’ and half ‘paparazzi’! I phoned my brother and told him my idea.  At first everyone thought I was nuts, but I ignored it and went to the electronics store right from the gym and purchased a tiny video camera and hit the streets! ROCKERRAZZI was born and I quickly became the guy that the paparazzi would end up following because they knew if I was waiting in front of a place I would get the interview WITH a celeb, because they loved to talk to me about music! It was a completely different approach. The celebs were engaged and happy to talk about their first concert experiences or favourite bands, or the song they got married to etc.

Following on from compelling ‘visual content’ of ROCKERRAZZI, how did the ‘Young Ronaldo video‘ come about? This video has a strong emotional connection with the audience, is this what you set out to achieve with the video? And, I must ask, why Ronaldo? Is he a hero of yours, or the video’s protagonist?

The video actually was never planned out. I was back in my home town of Las Cruces, New Mexico, for the holidays and the idea hit me one morning as ideas usually do. I woke my family up and said “Lets shoot a video today everybody!” They hate when I do that since it often destroys the vacation, but I managed to get everyone on board, especially my nephew Simon who had never acted in a video before. We picked Ronaldo because Simon happens to look like a young Ronaldo and he’s his soccer hero.

The video was published back in January of this year, and has recently peaked 1 million views – what was the major turning point with the video’s popularity do you think?

I think it was when the die-hard Ronaldo fan base decided to start sharing it around and then it became a suggested video on YouTube. After that, the numbers started to go nuts. It should hit 2 million in a few days which is remarkable. The comments have been overwhelmingly positive and it seems to have inspired many young soccer players around the globe. (Post interview note: the video has now reach 3.3 million views! See link above to view).

You used to play football, and made the transition to video director then music producer. How did this transition come about?

Yes, soccer was my life and still is due to my five year old, who is soccer crazy! The transition from soccer player to director came about from getting injured while I was playing professional in Munich, Germany (Not Bayern! LOL!). I never really recovered from my knee problem so I picked up the guitar and turned myself into a musician, which eventually led me to directing my own music videos. Other artists and bands saw my work and began to ask me to direct their videos. Then the Grammy Foundation saw my work and asked if I would do some of their video interviews, which led to being hired by LA’s best rock station to produce their video content. It was seriously a snowball effect and when I got asked to do a weekly radio show with Nikki Sixx last year that was brilliant!

You can tell you have a passion for football, and the video seems to portray every young person’s dream – irrelevant of background. What was the driving force behind the message?

The idea was to try and show kids that anything is possible if you put in the work. I like the Rocky idea, so I tried to incorporate a bit of that vibe into the video. The concept of showing a boy that honours his grandfather by pursuing a dream to become as good as his soccer hero felt like a story many could emotionally connect with.

Has Cristiano Ronaldo seen the video as yet?

I actually have no idea. I keep getting messages from fake Ronaldo sites and initially, when those come in, my heart skips a beat but then I realized they were fakes. If he has seen it I would hope he would find it flattering and tweet it out!

Tell me more about your production company and music label? What are you currently working on?  What artists do you have signed?

ROCKERRAZZI RECORDZ has a few amazing young artists we are developing. Galvanized Souls who are an amazing young grunge rock band are about to really break, as well as a 17 year old outlaw country artist named Kailey Swanson who is a superstar in the making. The label currently functions as a feeder system to the major label system. We are primarily focused on the development side which doesn’t really happen anymore.

It looks like you started your musical career interviewing musicians. How does it feel being on the other side of the interview?!

Yeah, well, it’s a nice change actually. When the questions are thought provoking and good like yours it’s fun.

I have a passion for supporting and promoting unsigned and independent musicians – what advice would you give to artists starting out? What’s the most important piece of advice you could give?

I get asked this a bunch and I tell clients that in the end it will always come down to the song. The song has to be great. So that and work ethic. There is a quote that I live by from a former US Senator and former pro basketball player Bill Bradley – “When you’re not practicing someone else is and when you play against them they will beat you” This says it all.

Can you provide a 5-point checklist of elements for a music video on a budget?

Write a great story. (This is free!).

Get locations that are free or you can shoot without permits.

Call in as many favours as possible and find actors that need footage for their reel so you can get them cheap or even free.

Really plan out the shoot days and shot sequences so you don’t waste the best shooting hours.

If possible design and build your own props. This saves a bunch of cash!

What has been your career highlight and why?

Very difficult question. I have had the chance to interview and film some of my rock idols, but in a strange way the fact that my own music video, for one of my original songs, starring my own family, has been so well received it is very exciting and gratifying.

Where do you see ROCKERRAZZI in five years’ time? What are your ambitions for the company?

I think there is a bright future for ROCKERRAZZI. I see us signing more acts and heading into shorts and feature films. My goal is to be able to provide major label level content for as many indie artists as possible. My heart will always root for the underdogs!

How has Social Media helped you and your artists? Do you find it’s bridging the gap?

I think social media has been great for the indie artist because there are so many platforms to be heard. But on the other hand, social media has created a musical mess. There is no filter, meaning there is often a dense jungle of bad content out there that the user has to wade through to get to the good stuff. With that said, it’s been critical for the artists that I work with to get their brand exposed to as many people as possible.

You’ve worked with a number of artists, including Mumford & Sons and directed a video for Imagine Dragons, are there any particular musicians you’d like to work with?

For me it’s all about Pearl Jam. They are the ones on my bucket list. I always said that if I get that Eddie Veder or Pearl Jam video I will shut it down after that! LOL!

Is there a brand you’re eager to ‘ROCKERRAZZI’?

Great question! I think it would be awesome to try and take a cement company and “ROCKERRAZZI” it!  If I can make concrete seem rock n’ roll I will know anything is possible!